Academia and Authenticity: Being Jack Gladney

When people ask me why I didn't end up going into academia, I sometimes say, "Because I didn't want to end up like Jack Gladney." 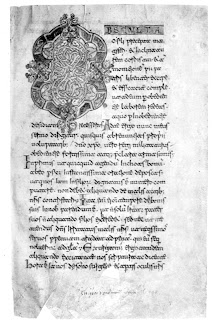 You'll remember the protagonist of Don DeLillo's White Noise, Jack (or "J.A.K.") Gladney, a pioneer in "Hitler Studies" at a small liberal arts college in the United States.1 Early in the book we learn that Gladney is a perhaps quintessentially American fraud:


He asked me why I'd chosen this year in particular to learn German, after so many years of slipping past the radar. I told him there was a Hitler conference scheduled for next spring at the College-on-the-Hill. Three days of lectures, workshops and panels. Hitler scholars from seventeen states and nine foreign countries. Actual Germans would be in attendance. (DeLillo 1999, 33)

I'd spent much time with Latin as a undergraduate medievalist, but not as much as would have been useful in my graduate program. As an undergrad, I'd spread out my languages as I was much more interested in literature (unfortunately, in translation). I took classes where we read original literature in all kinds of vernaculars: Middle English, Old French, Dante's Tuscan. But Latin... well, I was never quite there in Latin.

And then came graduate school, and the proviso up front that this was a Latin-based program, with an intensive Latin immersion and a Latin exam that determined further continuation in the program, to receive the Master's and move onto the Ph.D. I took the entrance exam: failed, naturally; I'd just spent a year out of school and two years away from Latin. I took the intensive Latin class. I took the end-of-year exam: failed, naturally; the four passages our grade was based on were all highly technical extracts from theological, historical, and even a gemological text, full of specialized vocabulary meant to break the back of anyone who thought they might pass on grammatical expertise alone.

So overall the whole experience was disheartening. That's leaving aside the looming courses in paleography that I'd gotten a glimpse of in my first-year course on Beneventan script. I'm bad with shapes and spatial relations and the idea of having to read original documents in their original indecipherable scripts gave me the fantods. Hell, even using primary sources printed in Fraktur was hair-raising.

Academia, it seems to me these days more than ever, rewards specialization. And that's in the humanities, the social sciences, the hard sciences, wherever you look. Polymaths are hard to come by; the way that graduate programs are structured these days rewards and guides a deep and narrow specialization. Undergrads have the freedom to roam (when they don't feel forced to by core curricula requirements) and as an undergrad, I did: I took classes about both ancient and modern subjects in both history and literature, well outside my medieval bailiwick. These classes made me better-rounded, gave me important context for the Middle Ages from both sides chronologically.

These days as a failed academic I get to be a polymath; that's what this blog is about, really. There's no reward, and no job that comes from it, and I get to read stuff in translation if I want (but I will say, having "read it in the original!" drilled into you for years really makes you want to try, however hard it is) but I get to roam again. And personally, that's very rewarding. And! I don't have to be a fraud waiting for the other shoe to drop and for people to discover I can't read Latin without a dictionary.


I welcomed them in the starkly modern chapel. I spoke in German, from notes, for five minutes. I talked mainly about Hitler's mother, brother and dog. His dog's name was Wolf. This word is the same in English and German. Most of the words I used in my address were the same or nearly the same in both languages. I'd spent days with the dictionary, compiling lists of such words. My remarks were necessarily disjointed and odd. (DeLillo 1999, 261)

1 A lot of people talk about White Noise as being the perfect takedown of life in an atomized, media-saturated and -narcotized Reagan-era America, but it's also a biting, hilarious satire of academia in the 1980s and, indeed, academia in general. I put Jack Gladney right up there with Pangloss as great parodies of "esteemed" academics.
Posted by Michael Grasso at 8:20 AM