Islands of the Magi: The Trope of the Island Science-Utopia 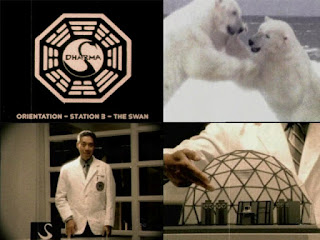 This blog is named after a city on Francis Bacon's New Atlantis. What is it about this unfinished, uncanny little storylet that interests me? Well, one of the biggest reasons I find New Atlantis fascinating is that I believe it is the ur-text for the idea of the Distant Scientific Utopia Island.

Previous to Bacon there were lots of utopias in the distant East/West, including the titular one. Prester John is always a good candidate for the original "distant sage to whom all those wise and holy flock." But there is a difference between holy wisdom and science, and that's kind of what makes Bacon's Bensalem so interesting: it's so very obviously dedicated to what we now know as science, and yet Christianity is paid lip service, with the weird story of the coming of Christianity that's detailed in this post. Doesn't the appearance of the ark of St. Bartholomew almost seem like the kind of light show that a society skilled in "all delusions and deceits of the sight, in figures, magnitudes, motions, [and] colors" would stage?

After Bacon comes the deluge. There's no reason to go into all the examples of the trope between Bacon and today, except to note that the trope was familiar enough to educated readers by even the 18th century that Jonathan Swift had no trouble effortlessly parodying it with the isle of Laputa and the city of Lagado in Gulliver's Travels, where science is turned to violent and silly purposes, respectively.

I start getting more interested in this idea of "scientists on a desert island" having sunk so deeply into the collective unconscious in the era of modern media that it's almost immediately obvious when you think about it at least a little bit (at least to someone like me) and yet there is no TVTropes page for it, there's very little on the Internet about it as an accepted archetype, and no one seems to have made the connection back to Bacon. I think in modern pop culture we can all recount the famous examples of "scientists brought to a desert island to partake in Science-with-an-exclamation-point." There's the "missing artists and scientists" subplot in Watchmen, and the DHARMA Initiative in Lost, and even Grant Morrison's hilarious Swiftian take on the trope in the Oolong Island subplot in 52.

Obviously many these modern ideas about scientists in remote locations are based on actual post-World War II scientific stations like the ones in Antarctica, and isolated islands like Tristan da Cunha, the Kerguelen Islands, and many many others. There may be a future post on these real-life science stations as well, because I think they are equally as mysterious and fascinating as the fictional ones.

What I'm saying is, I think we need more acknowledgement of this as a Thing, because it definitely is one.
Posted by Michael Grasso at 8:23 AM