Wisdom in the East: Training Montages of Legendary Sages 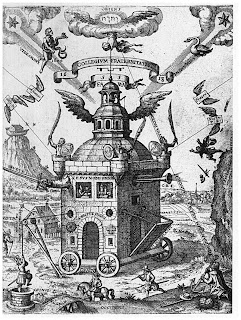 Presented without (much) commentary, and many thanks to Renfusa contributor John O'Brien for discovering the Pythagoras/Manly P. Hall end of this:

The teachings of Pythagoras indicate that he was thoroughly conversant with the precepts of Oriental and Occidental esotericism. He traveled among the Jews and was instructed by the Rabbins concerning the secret traditions of Moses, the lawgiver of Israel. Later the School of the Essenes was conducted chiefly for the purpose of interpreting the Pythagorean symbols. Pythagoras was initiated into the Egyptian, Babylonian, and Chaldean Mysteries. Although it is believed by some that he was a disciple of Zoroaster, it is doubtful whether his instructor of that name was the God-man now revered by the Parsees. While accounts of his travels differ, historians agree that he visited many countries and studied at the feet of many masters.

[Y]et our Brother C.R. did not return, but shipped himself over, and went to Damasco, minding from thence to go to Jerusalem; but by reason of the feebleness of his body he remained still there, and by his skill in Physick he obtained much favour with the Turks: In the mean time he became by chance acquainted with the Wise men of Damasco in Arabia, and beheld what great Wonders they wrought, and how Nature was discovered unto them... [he] made a bargain with the Arabians, that they should carry him for a certain sum of money to Damasco... there the Wise received him (as he himself witnessseth) not as a stranger, but as one whom they had long expected, they called him by his name, and shewed him other secrets out of his Cloyster, whereat he could not but mightily wonder... After three years he returned again with good consent, shipped himself over Sinus Arabicus into Egypt, where he remained not long, but only took better notice there of the Plants and Creatures; he sailed over the whole Mediterranean Sea for to come unto Fez, where the Arabians had directed him.

Okay, granted, this may be a case of Manly Hall doing a bit of the ol' "fitting the ancient legend to fit the (then) modern esoteric/Rosicrucian legend," but the stories of Pythagoras traveling to the East for wisdom really do date from the ancient sources. And yeah, sure, wisdom resides in the East, it's a long-standing trope, and Pythagoras isn't the only ancient figure of legend said to travel to Egypt, Asia Minor, or even India to gather knowledge.1 I just find it interesting that it's possible the author of the Rosicrucian manifestos, whoever he or they might have been, decided to very explicitly utilize this very specific trope to lend Christian Rosenkreuz an air of authority inspired by the ancients.

1 Let's also be fair: I am far from the first person to point out the Hermes Trismigestus/Pythagoras/Dionsyus/Jesus parallels.
Posted by Michael Grasso at 8:05 AM