The 12 Days of Weirdmas, Day 10: Neither Bang Nor Whimper 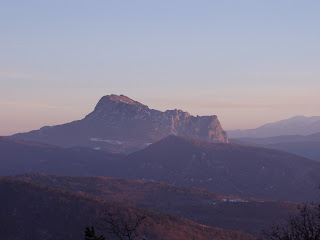 As much as this blog loves crackpots, cultists, millenarians, and all the other assorted oddballs and flakes out there with esoteric beliefs, my fondest holiday wish for the end of the Fourth World is that no one today takes any of this too seriously, nor do their followers.

But man’s resourcefulness goes beyond simply protecting a belief. Suppose an individual believes something with his whole heart; suppose further that he has a commitment to this belief, that he has taken irrevocable actions because of it; finally, suppose that he is presented with evidence, unequivocal and undeniable evidence, that his belief is wrong: what will happen? The individual will frequently emerge, not only unshaken, but even more convinced of the truth of his beliefs than ever before. Indeed, he may even show a new fervor about convincing and converting other people to his view.

- When Prophecy Fails: a social and psychological study of a modern group that predicted the destruction of the world, Leon Festinger and Henry Riecken, 1956, p. 3

Posted by Michael Grasso at 8:39 AM